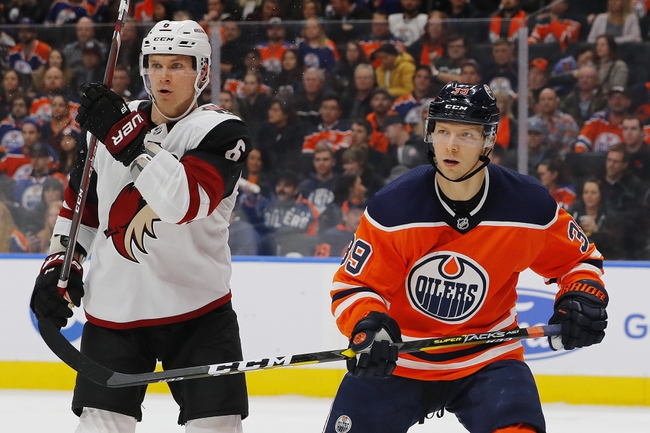 Where to watch: FSAZ+, NHL Stream live sports and exclusive originals on ESPN+. Sign up now!

The Edmonton Oilers and Arizona Coyotes meet Sunday in NHL action at the Gila River Arena.

The road team has won each of the last five meetings between the Oilers and Coyotes, but it's Arizona that enters this contest playing the better hockey over the last week or so. The Edmonton Oilers haven't handled playing on the end of back to backs well, and they're running into a Coyotes team that's playing great defense and finding ways to grind out victories. It's not the style you want to face in your second game in as many days. I'll take the Arizona Coyotes and the cheap price on their home ice.