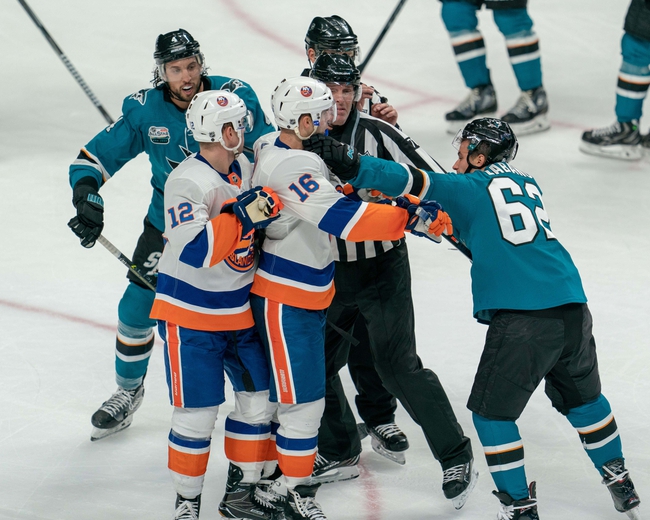 Where to watch: MSG+, NSCA Stream live sports and exclusive originals on ESPN+. Sign up now!

The New York Islanders have won three of the last four meetings against the Sharks and six of the last 10 meetings overall. The bottom line in this game is that the Islanders have won 15 of their last 16 games and have often won in the underdog role. Yes, the Sharks are playing well in their own right and this run certainly isn't sustainable long term, but you have to keep riding it until it cools off. It also doesn't make sense to turn down plus money with a team that's done nothing but win over the last month. I'll keep backing the Islanders until they give me a reason not to.