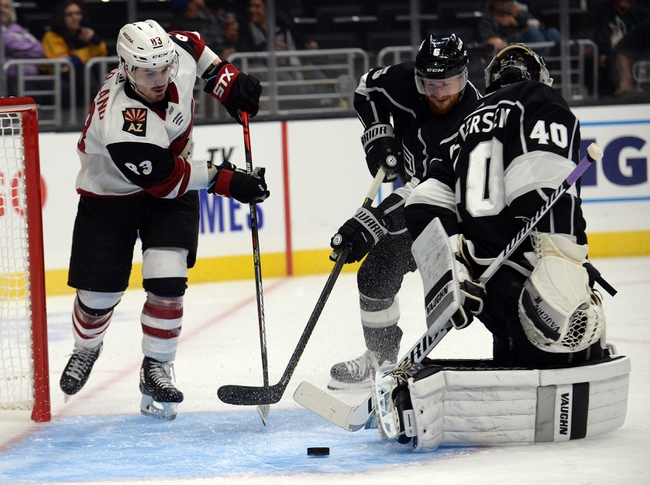 Where to watch: FSAZ+, FSW Stream live sports and exclusive originals on ESPN+. Sign up now!

The Arizona Coyotes and Los Angeles Kings meet Saturday in NHL action at the Staples Center.

The home team has won seven of the last nine meetings between the Coyotes and Kings. Neither of these teams have been able to string wins together, but the Los Angeles Kings have shown more improvement as of late and getting them as a home dog seems like a sweet price to turn down. The Arizona Coyotes haven't had a whole lot of success as a road favorite and it feels like every time I'm ready to jump on the bandwagon, they go on a cold streak. I'll take my chances with the Kings at home and the slight underdog price.