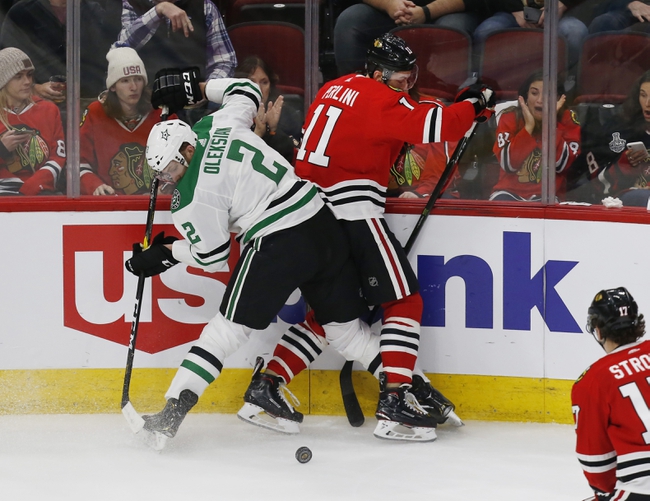 Where to Watch: NSCH, FSSW Stream live sports and exclusive originals on ESPN+. Sign up now!

The Chicago Blackhawks and Dallas Stars meet Saturday in NHL action at the American Airlines Center.

The Chicago Blackhawks are playing better hockey over the last two weeks, as it wasn't long ago when this team couldn't get a stop defensively and looked dead in the water. The problem is the Blackhawks haven't been able to translate that success on the road and continue to struggle in the underdog role. The Dallas Stars are riding a five-game winning streak and that defense continues to show up night in and night out. The price is a bit steep, but I'll take the more trustworthy defense at home than chasing plus money in a bad spot. The Dallas Stars win their sixth straight game.