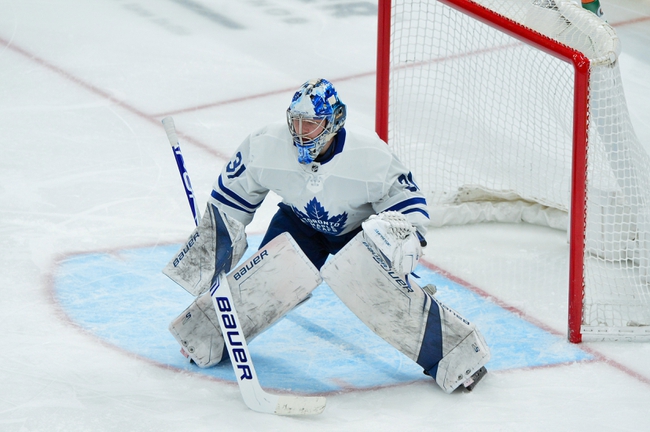 Where to watch: FS-Arizona, FS-Arizona+ Stream live sports and exclusive originals on ESPN+. Sign up now!

The Toronto Maple Leafs and the Arizona Coyotes meet in NHL action from the Gila River Arena on Thursday night.

The Toronto Maple Leafs will look to snap a six game losing streak after a 4-2 loss to Vegas in their last outing, resulting in the firing of head coach Mike Babcock on Wednesday. The game was scoreless through the opening 20 minutes before Vegas took the lead on the power play with the lone goal of the 2nd period. Jason Spezza tied the game at one before Vegas re-took the lead just :42 later. The Golden Knights pushed 3-1 ahead 2:14 later before Zach Hyman pulled one back 2:25 after that to make it 3-2. Despite outshooting Vegas 16-10 in the 3rd, the Leafs would be unable to find a game-tying goal before Vegas added an empty-netter with :21 to play. Frederik Andersen took the loss, falling to 9-5-3 on the year after allowing 3 goals on 36 shots faced in the losing effort.

The Arizona Coyotes will look to build on back-to-back 3-0 victories after a win over the Los Angeles Kings in their last outing. Conor Garland opened the scoring just 3:12 into the game before Derek Stepan doubled the lead on the power play later on in the opening period. Jakob Chychrun pushed the lead to 3-0 just after the midway point of the 2nd period and that’s all the Coyotes would need as none of L.A.’s 31 shots in the game found the back of Arizona’s goal. Antti Raanta got the win to improve to 4-2-2 on the year after picking up his 1st shutout of the year in stopping all 31 shots faced in the victory.

Normally I’d be inclined to side with the other team when a coach gets fired the day before the way Toronto fired Mike Babcock. However, it’s not like the Leafs had stopped playing for Babcock, there were just some rough patches for Toronto and the talent is surely there. I think this line says a lot, as if oddsmakers really though Arizona was going to win this game easily, they’d make the Coyotes a much heavier favorite. Like I said, Toronto still has the talent and are left in good hands with Sheldon Keefe as the bench boss, as Keefe led Toronto’s farm team to the AHL championship last season. I think the Leafs make a good impression for their new coach on night one, so I’ll take Toronto and the even money here.