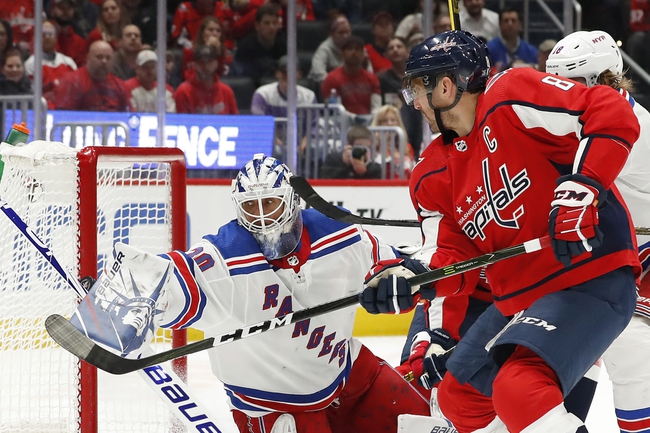 The Washington Capitals and the New York Rangers meet in NHL action from Madison Square Garden on Wednesday night.

The Washington Capitals will look to build on a 5-2 win over the Anaheim Ducks in their last outing. Richard Panik opened the scoring just :50 into the game for Washington, and that 1-0 lead would hold up into the 2nd, where Alex Ovechkin doubled the advantage on the power play, and  Chandler Stephenson pushed Washington 3-0 ahead in the dying second of the middle period. Jakub Vrana made it 4-0 Washington 5:44 into the 3rd before Anaheim made things interesting late, cutting the deficit to 4-2. However Tom Wilson shut down any possibility of a comeback with an empty-netter just:38 later. Braden Holtby got the win to improve to 11-1-2 after stopping 32 of 34 shots faced in the winning effort.

The New York Rangers would like to rebound from back-to-back losses after a 4-3 loss to Florida in their last outing. The teams traded goals early, as Florida scored just 2:05 into the game before Ryan Strome responded just :34 later. Florida pushed ahead 2-1 before Artemi Panarin tied the game again just 1:57 after that. Tony DeAngelo gave the Rangers a 3-2 lead early on in the 2nd, but Florida would tie the game just 2:04 later and go ahead for good later in the 2nd period as no goals would register in the 3rd period for either side. Henrik Lundqvist took the loss, falling to 4-4-1 on the year after giving up 4 goals on 30 shots faced in the losing effort.

New York as a home dog would be worth a look some nights, but not when Washington is standing on the other side. The Capitals are just on another one of those insane runs that they seem to go on once or twice a year, and going on the road has been no different for the Caps who have won 10 of 12 road games and picked up points in 11 of those 12 games this season. The Capitals have also owned the Rangers in recent years, so I’ll side with Washington and to get a more favorable price, I’ll back the Capitals on the puck line here.