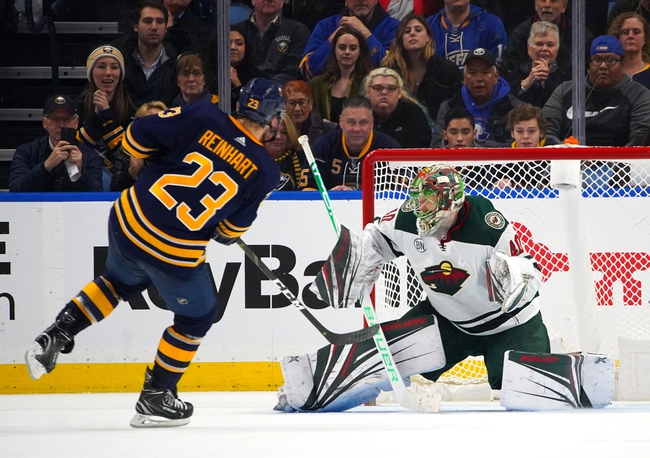 Where to watch: MSGB, FSN Stream live sports and exclusive originals on ESPN+. Sign up now!

The Minnesota Wild and Buffalo Sabres meet Tuesday in NHL action at the KeyBank Center.

The Minnesota Wild aren't playing good hockey in their own right, but I'm not going to keep laying juice with a Buffalo Sabres team that continues to come up short and has now lost seven of their last eight tries. Sure, the Buffalo Sabres are going to turn things around eventually, but eventually needs to come before they get any more of my money. The Wild have won six of the last 10 meetings against the Sabres. I'll take my chances with the plus money.