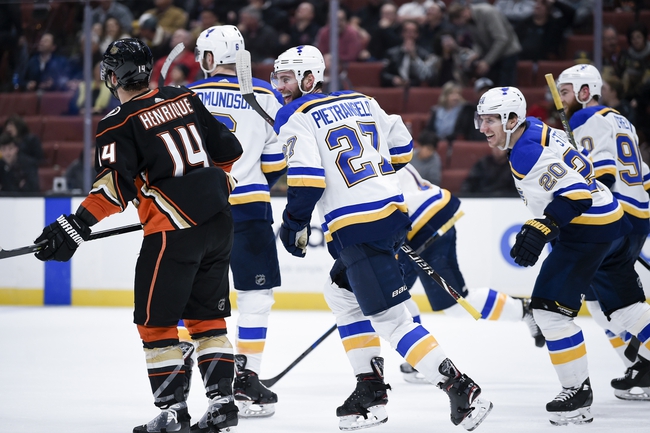 Where to watch: FSW, FSMW Stream live sports and exclusive originals on ESPN+. Sign up now!

The Anaheim Ducks and St. Louis Blues meet Saturday in NHL action at the Enterprise Center.

The Anaheim Ducks are a tough sell during their five-game losing streak, as little is going right for them at the moment and the defense seems to be falling apart. The St. Louis Blues are on the end of a back to back, but they're a physical bunch that has thrived in these situations in the past and are back to their winning ways at home. While the road team has won six straight between the Ducks and Blues, it's the home team that should get the job done here against a struggling Ducks squad that can't catch a break.