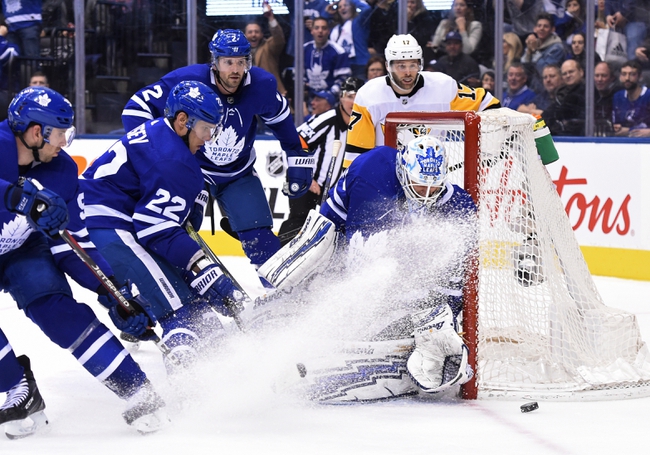 Where to Watch: ATTP, RSNO Stream live sports and exclusive originals on ESPN+. Sign up now!

The Toronto Maple Leafs have won seven of the last 10 meetings against the Penguins, but they're back to their struggles defensively and playing on the end of a back to back where tired legs could be a factor isn't going to help. The Pittsburgh Penguins hav been terrific at home over the years and have thrived as a favorite this season overall. As talented as they are, it's tough to make a case for the Toronto Maple Leafs on the road against a respectable opponent given their current form.