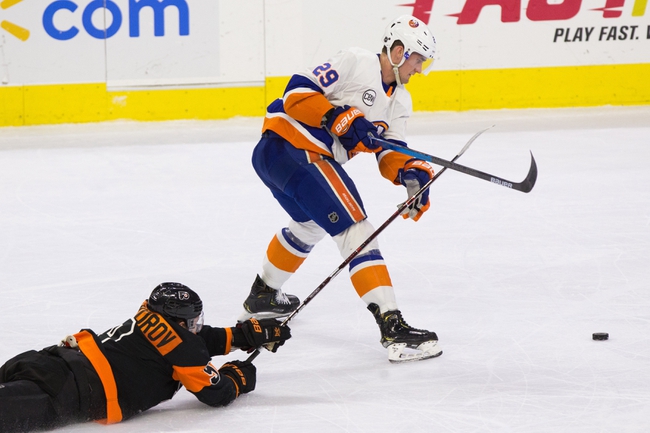 Where to watch: MS+2, NSPA Stream live sports and exclusive originals on ESPN+. Sign up now!

Like many of my NHL picks for Saturday's loaded card, we're getting plus money with the team that's playing better and more consistent hockey. The New York Islanders are also the more rested team and have won six of the last nine meetings against the Philadelphia Flyers. Anytime I can get plus money with a team that's won 12 of their last 13 games, I'm going to take my chances, especially when its opponent is on the end of a back to back.