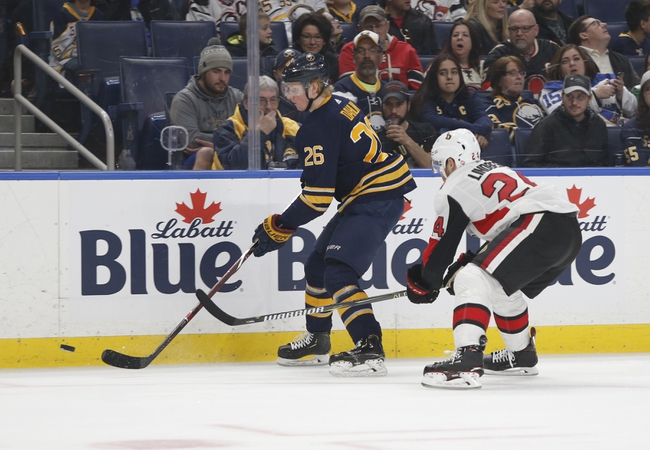 Where to Watch: MSGB, RSN1 Stream live sports and exclusive originals on ESPN+. Sign up now!

The Ottawa Senators and Buffalo Sabres meet Saturday in NHL action at the KeyBank Center.

If the Buffalo Sabres can't win this game with the rest advantage at home, their problems are probably bigger than we impinge. With that said, I'm not laying -190 with a team riding a six-game losing streak. The Ottawa Senators are playing their best hockey of the season and what was a brutal defense has drastically improved during this winning stretch. The Ottawa Senators have also won four of the last seven meetings against the Buffalo Sabres. The value is with the road underdog in this spot.