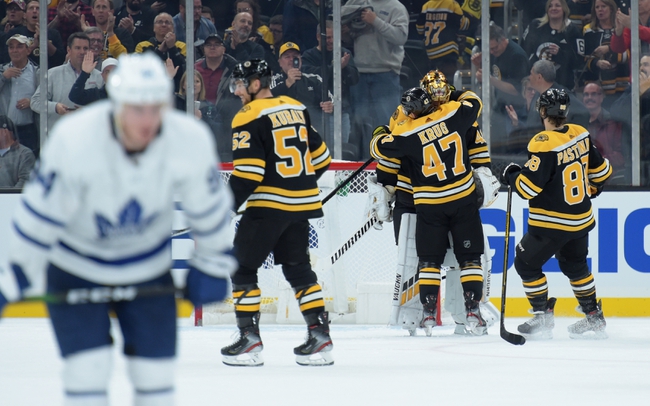 Where to watch: NESN, TSN4 Stream live sports and exclusive originals on ESPN+. Sign up now!

The Boston Bruins and Toronto Maple Leafs meet Friday in NHL action at the Scotiabank Arena.

The Boston Bruins have shown some defensive flaws over the last week, which includes blowing a four goal lead to the Florida Panthers in their last contest. The Toronto Maple Leafs remain quite explosive offensively, but they have issues keeping the puck out of the net as well. Five of the last six meetings between the Bruins and Maple Leafs have produced at least six goals. The last three meetings between these clubs are producing an average of 6.3 goals. Instead of going with a side, I'll take the over in this contest.