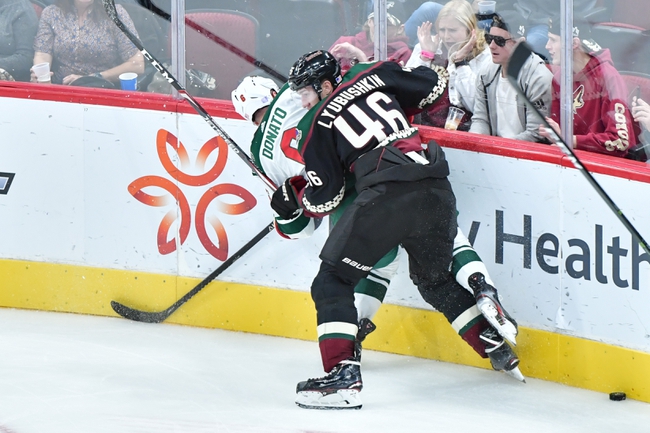 Where to Watch: FSAZ+, FSN Stream live sports and exclusive originals on ESPN+. Sign up now!

The Arizona Coyotes and Minnesota Wild meet Thursday in NHL action at the Xcel Energy Center.

The Arizona Coyotes head into this contest playing better hockey than the Wild, and they've played some of their best hockey of the season up to this point on the road. The Minnesota Wild are in a real funk right now due to an offense and defense that can't get on the same page, and they haven't had much success on their home ice. Also, laying juice with a squad that's lost five of their last seven games probably isn't the best value bet. The Arizona Coyotes and the even money is tough to turn down given the current form of the Wild.