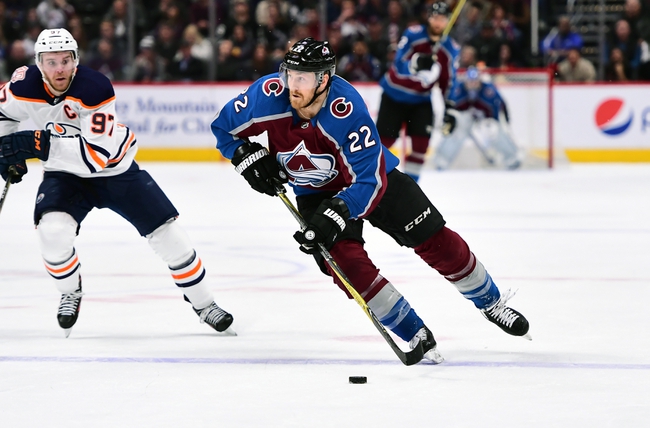 Where to Watch: SN-West, Altitude Stream live sports and exclusive originals on ESPN+. Sign up now!

The Colorado Avalanche and the Edmonton Oilers meet in NHL action from Rogers Place on Thursday night.

The Colorado Avalanche will look to build on their current three game winning streak after a 4-0 win over the Winnipeg Jets in their last outing. Cale Makar opened the scoring for the Avs with less than a minute to go in the opening period, and that lead would hold through the 2nd before Nathan MacKinnon doubled the lead just :18 into the 3rd period. MacKinnon made it 3-0 less than seven minutes later before Joonas Donskoi added a 4th Colorado goal on the power play to seal the deal. Adam Werner picked up his 1st career win after stopping all 40 shots faced, but won’t get credit for his 1st career shutout officially as Werner replaced starter Pavel Francouz who left the game 31 seconds in after a horrible collision with Jets forward Mark Scheifele.

The Edmonton Oilers will look to rebound after a 6-3 loss to the San Jose Sharks in their last outing. San Jose jumped out to a 3-0 lead after 20 minutes of play and 4-0 just 1:26 into the 2nd period before Leon Draisaitl got Edmonton on the board just before the midway point of the 2nd period. San Jose responded by the end of the 2nd before Zack Kassian pulled the Oilers back to 5-2. San Jose responded again, but Sam Gagner pulled another goal back to make it 6-3. That’s as close as the Oilers got the rest of the way though as Edmonton wouldn’t find the back of the net again in the remaining 7:42. Mike Smith ended up the loss, falling to 5-5-1 after allowing all 6 goals on 25 shots faced in the losing effort.

The plus money with Colorado is tempting as the Avs shown that WErner is a guy that's capable of filling in on the drop of a hat and helping guide the team to a win. However, I think that the Oilers are a better team offensively than Winnipeg is, and while Smith has been shaky, he's at least a proven commodity and we kind of know what we're getting. It's hard because the Avs haven't announced a goaltender, but someone has to be between the pipes, so I'll side with Edmonton here.