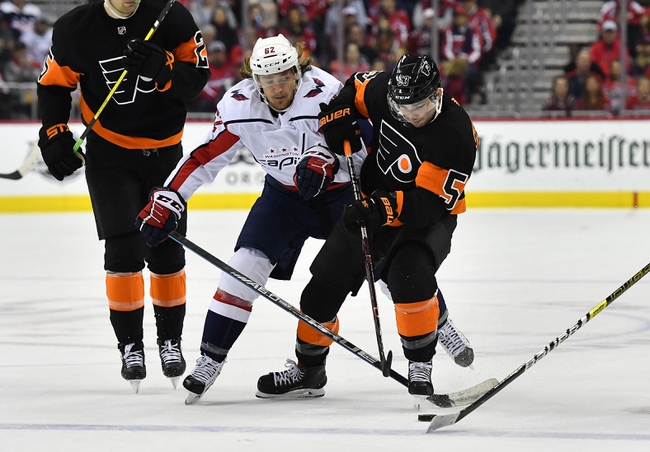 The Washington Capitals and Philadelphia Flyers meet Wednesday in NHL action at the Wells Fargo Center.

The Washington Capitals have won four straight meetings against the Flyers and seven of the last 10 meetings overall. The Philadelphia Flyers have caught fire over the last week and are tough to turn down at home with the cheap price, but the Capitals remain in one of those grooves we seem to see each year, and these are the times you want to blindly ride the hot hand until the tickets stop cashing. The Washington Capitals are the second most profitable team in the sport at the moment and they're playing too well to fade, even if the Flyers have been hot over the last week.