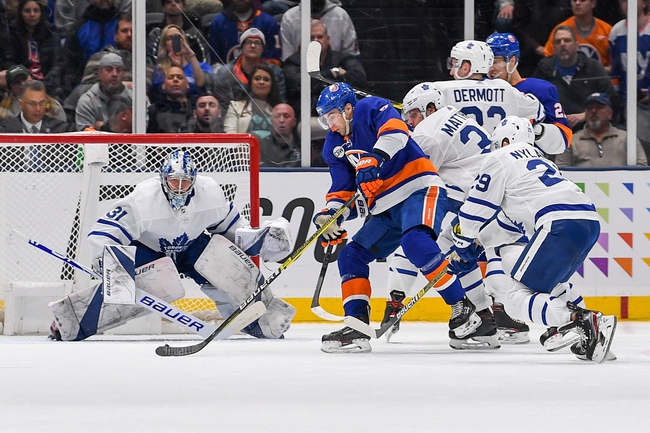 Where to watch: MSG+ Stream live sports and exclusive originals on ESPN+. Sign up now!

The Toronto Maple Leafs have won five of their last seven meetings against the Islanders, but they continue to be hit or miss with a shaky defense. The New York Islanders have been the most consistent team these last few weeks with wins in 11 of their last 12 tries and a defense that's first in goals per game allowed and seventh in power play killing. With a cheap price and the way they're playing, it's damn near impossible to turn down the New York Islanders on their home ice.