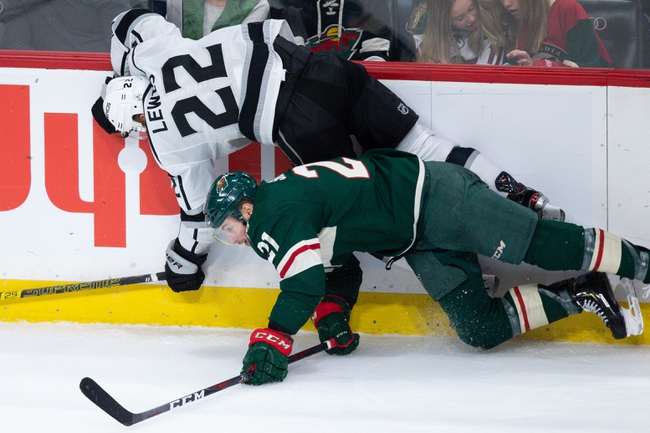 Where to Watch: FSW, FSN Stream live sports and exclusive originals on ESPN+. Sign up now!

The Minnesota Wild and Los Angeles Kings meet Tuesday in NHL action at the Staples Center.

The Minnesota Wild have won each of the last four meetings against the Kings, and while they're having current struggles of their own, noting matches up to what the Kings have gone through all season. The Los Angeles Kings remain arguably the worst defensive team in the league, and despite getting the most shot attempts off offensively, they're 27th in goals per game and 29th in power play. No, thanks. It's the Minnesota Wild or pass.