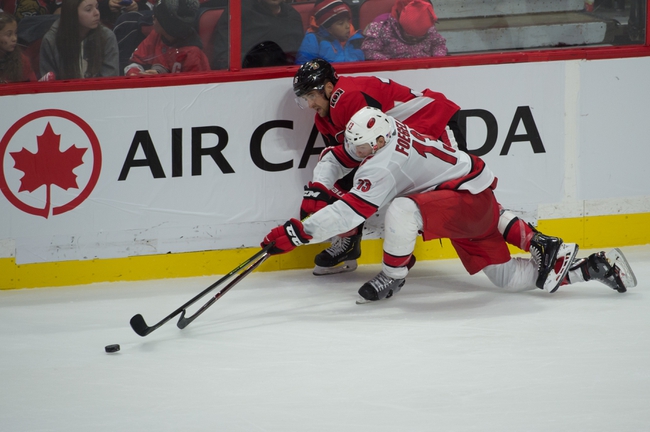 Where to Watch: FSCR, TSN5 Stream live sports and exclusive originals on ESPN+. Sign up now!

The Ottawa Senators and Carolina Hurricanes meet Monday in NHL action at the PNC Arena.

The Carolina Hurricanes aren't going to continue this losing stretch for much longer and they're usually a solid team to back on their home ice. However, the Ottawa Senators have played winning hockey over the last couple of weeks and are having success in the underdog role. The Senators also just beat the Hurricanes a couple of days ago 4-1, and they've two of the last three meetings overall. The Carolina Hurricanes should win this game for various reasons, but we're getting the hotter team for more than two times our money. From a betting perspective, the Senators have some value.