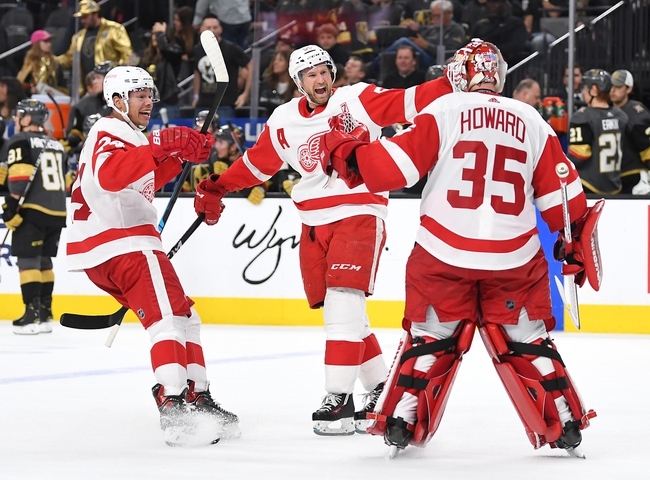 Where to Watch: FSDT, ATRM Stream live sports and exclusive originals on ESPN+. Sign up now!

The road team is 4-0 in the last 4 meetings. The Golden Knights are 2-6 in their last 8 vs. Eastern Conference. The over is 8-2 in Golden Knights last 10 games playing on 0 days rest.

The road team has won all four meetings between the Vegas Golden Knights and Detroit Red Wings, and the road team should be heavily favored here as well. The problem is the Vegas Golden Knights are on the end of a back to back and those defensive issues seem to be creeping in again during this losing stretch. The Detroit Red Wings have issues of their own, but at least they're at home and have the rest advantage. I'm just not into laying crazy juice with teams that are in a losing stretch or have defensive issues, especially when that team is on the end of a back to back and on the road. It's Red Wings or pass for me.