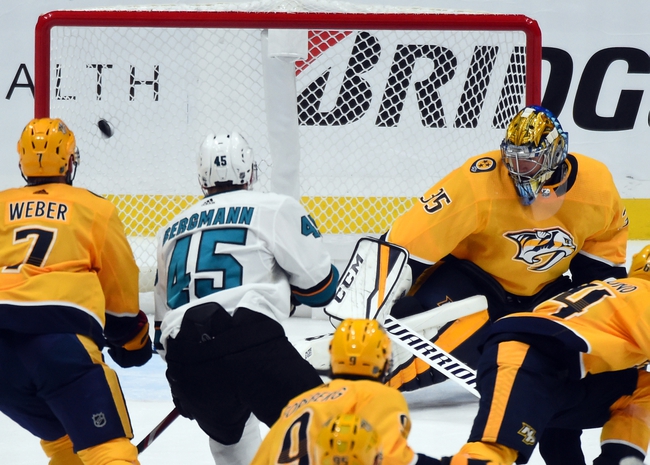 Where to Watch: FSTN, NSCA Stream live sports and exclusive originals on ESPN+. Sign up now!

The Nashville Predators and San Jose Sharks meet Saturday in NHL action at the SAP Center.

The Nashville Predators have won six of the last nine meetings against the Sharks, which includes a 5-2 win about a month ago. The bottom line here is that I want nothing to do with the San Jose Sharks, a team that's at the bottom in goals allowed per game and one of the worst offensive teams in the league in terms of shot attempts and goals per game. The Nashville Predators aren't as trustworthy on the road as they are at home and haven't had a whole lot of success lately in the favorite role, but backing the Sharks in their current form isn't an option as long as the price is right. Give me the Preds on the road for the favorable price.