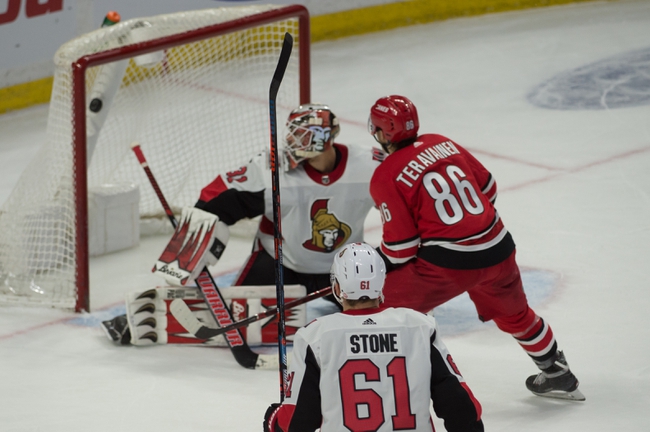 Where to Watch: FSCR, TVA2 Stream live sports and exclusive originals on ESPN+. Sign up now!

The Carolina Hurricanes and Ottawa Senators meet Saturday in NHL action at the Canadian Tire Centre.

The Carolina Hurricanes have won six of the last seven meetings against the Ottawa Senators, and four of those victories were decided by two or more goals. The Ottawa Senators are proving why nobody is giving them a look this season in terms of a successful season, as offense is hard to come by and they do nothing on the power play. While these prices with road teams are a turnoff and laying a PL with a road team is even more risky, I don't want much to do with these Senators. I'll take the Hurricanes and will side with the PL for added value.