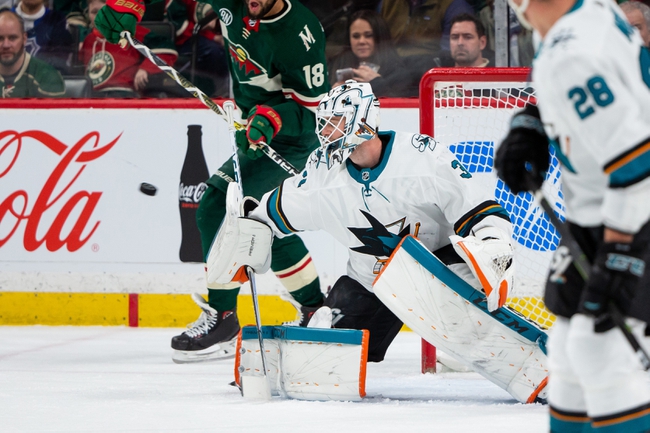 Where to Watch: FSN, NSCA Stream live sports and exclusive originals on ESPN+. Sign up now!

The Minnesota Wild and San Jose Sharks meet Thursday in NHL action at the SAP Center.

The San Jose Sharks have won the last three meetings against the Sharks, which includes outscoring them 7-0 in the last two meetings. However, the Sharks aren't playing well enough this season to be laying these sort of prices, as they're one of the worst teams when it comes to scoring goals and their defense is near the bottom of every category expect penalty killing. The Minnesota Wild have offensive issues of their own, but they've been able to put together some nice wins and are the better defensive club between these two teams. I'll take a shot with the plus money, but it's more of a fade from the Sharks than anything else.