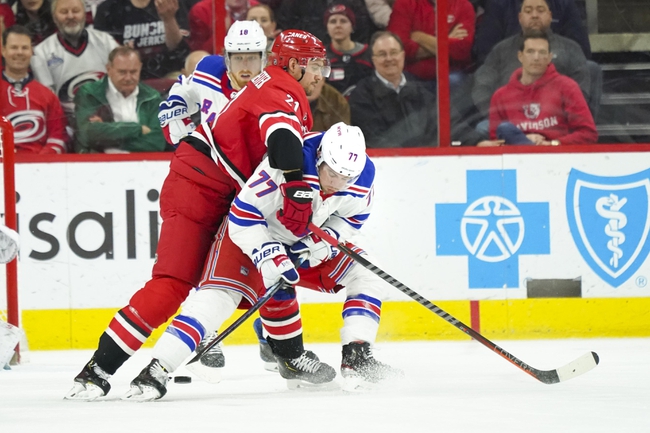 The New York Rangers and Carolina Hurricanes meet Thursday in NHL action at the PNC Arena.

The New York Rangers may be on the end of a back to back and can be hard to trust this season due to an inconsistent defense, especially on the road where they don't have the best track record lately. However, the Rangers have won seven of the last 10 meetings against the Hurricanes, and it's not like Carolina has been a world beater these last two weeks. The New York Rangers have won four of their last six and the effort defensively has improved tremendously during that stretch. The Hurricanes should be favored, but we're getting over two times our money with a Rangers side that's playing better lately. I'll take a shot in the dark.