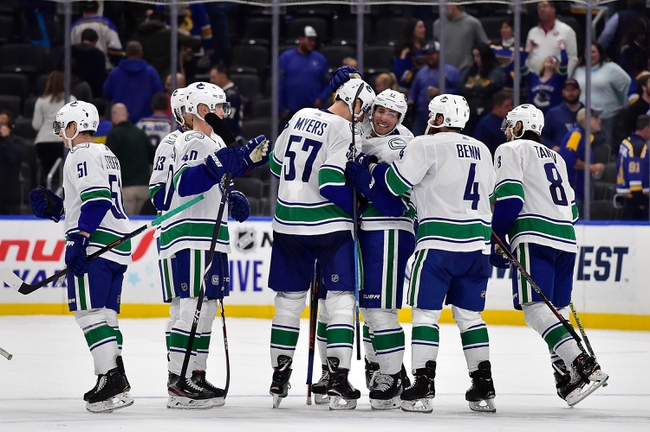 Where to watch: FSMW, RSNP Stream live sports and exclusive originals on ESPN+. Sign up now!

The St. Louis Blues and Vancouver Canucks meet Tuesday in NHL action at the Rogers Arena.

Both teams are playing fabulous hockey over the last week or so, so naturally I look at the team that's giving me more bang for my buck. The St. Louis Blues have not only won six of the last nine meetings against the Canucks, but they're back to playing that physical defensive hockey that earned them a title a few months ago. The Blues have also been nothing but money dating back to last season in the underdog role. The Vancouver Canucks should be favored at home with their balanced attack, but the Blues have been kind to us time and time again in these spots.