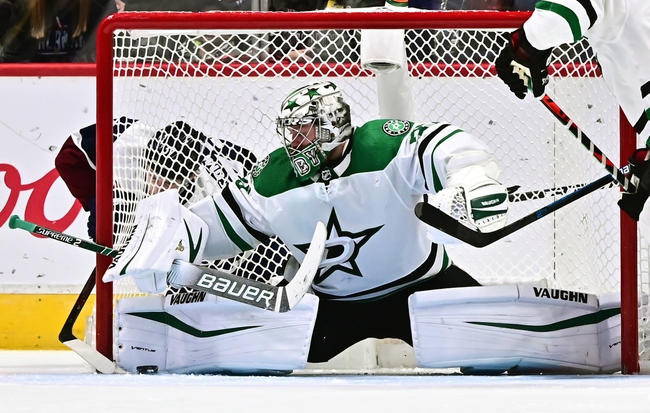 Where to watch: FS-Southwest, Altitude Stream live sports and exclusive originals on ESPN+. Sign up now!

The Colorado Avalanche and the Dallas Stars meet in NHL action from American Airlines Center on Tuesday night.

The Colorado Avalanche will be out to snap a four game losing streak after a 3-0 defeat at the hands of the Arizona Coyotes in their last outing. Arizona jumped ahead 2-0 after 20 minutes of play. Arizona pushed out to a 3-0 lead late on in the 2nd period, and that’s all that the ‘Yotes would need as none of Colorado’s 33 shots would find the back of the net in the losing effort. Cale Makar led the Avs with 5 shots on goal while Nathan MacKinnon and Matt Calvert each had 4 shots apiece. Pavel Francouz took the loss, falling to 2-2-0 on the year after allowing all 3 goals on 28 shots faced in the losing effort.

The Dallas Stars will look to build on their current three game winning streak following a 4-1 win over Montreal at home in their last outing. Alex Radulov opened the scoring for the Stars with the lone goal of the opening period before Denis Gurianov doubled the lead by converting a penalty shot in the 2nd period. Gurianov notched his 2nd of the game to make it 3-0 early in the 3rd before Miro Heiskanen made it four on an empty net with just under five minutes to go in the game. Montreal pulled one back, but it wasn’t enough as the Stars rode their 4-1 lead to the finish line. Ben Bishop got the win to improve to 4-5-1 on the year after stopping 35 of 36 shots faced in the winning effort.

Colorado was red hot in the early going and if you told me a couple weeks ago that this was the line I’d have been all over the Avs like white on rice. However, we’re starting to see the effect that losing two star players like Gabriel Landeskog and Mikko Rantanen has on a team like Colorado who has now lost 4 in a row. On the other hand, Dallas is picking up steam with 3 straight wins and I think until we see otherwise, you have to ride the hot hand with Dallas and fade Colorado here.