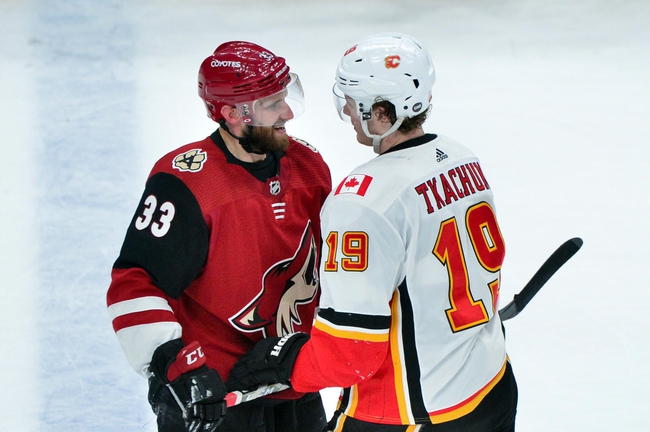 The Arizona Coyotes look to complete the Alberta sweep as they head into Calgary to face off against the Flames a night after sending the Oilers to a 3-2 over time defeat in Edmonton.

The Coyotes pulled off an overtime win on the road against the best in the Western Conference last night as Derek Stepan beat Mikko Koskinen on the short side to give the Coyotes the second point and they will be out for another win in this one against the Flames. Arizona is quietly a contender in the West and with a win on Tuesday they would improve their record to 8-2-1 in their last 11 contests but they will be in tough here against a very good Flames team that is a point up on Arizona but has played 4 additional games. Arizona is a paltry 4-13 in their last 17 meetings in Calgary and find themselves as sizeable underdogs here but that could very well change as we inch closer to puck drop and goaltending matchups are confirmed.

The Flames meanwhile have been inconsistent to start the season and will look to string some wins together starting with a strong effort here against the Coyotes. Arizona is just 2-6 in their last 8 games as a dog against the Flames which should give Calgary a ton of optimism here and with Arizona’s woeful record when it comes to playing in the back end of a double header it makes sense to see the Coyotes as an underdog here. Arizona is just 10-42 in their last 52 games when playing their second game in as many nights and while this looks like a group capable of bucking any trend that has sent them back I just don’t see this as a great opportunity against a rested Flames side. Arizona falls back here as the Flames get it done at home.