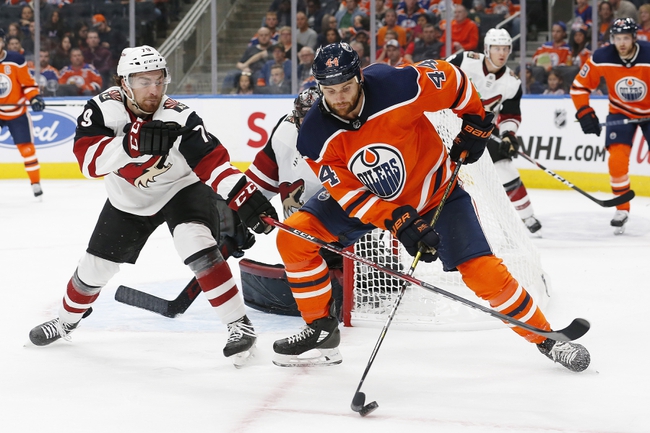 Where to watch: FSAZ+, RSNW Stream live sports and exclusive originals on ESPN+. Sign up now!

The Arizona Coyotes and Edmonton Oilers meet Monday in NHL action at the Rogers Place.

The road team has won five of the last seven meetings between the Coyotes and Oilers, and it's the Arizona Coyotes who enter this game playing much better and more consistent hockey. The Coyotes have been one of the bigger surprises up to this point and will continue to be profitable for bettors as long as that defense holds up. The Edmonton Oilers have the offensive firepower to expose the Coyotes, but there's just too much value with a good team and plus money. Give me the Coyotes on the road.