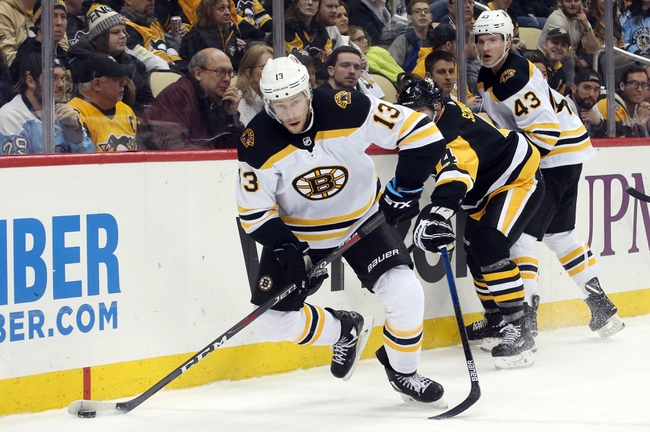 Where to Watch: NESN, ATTP Stream live sports and exclusive originals on ESPN+. Sign up now!

The Pittsburgh Penguins and Boston Bruins meet Monday in NHL action at the TD Garden.

The home team has won each of the last 10 meetings between the Penguins and Bruins, and it's Boston that enters this contest playing better hockey overall. Getting the Pittsburgh Penguins as an underdog is always tempting, but the Bruins have played some of the best hockey in the league over the last week and have a defense that's been getting after it nightly. I'll eat the somewhat reasonable price with the Bruins on their home ice.