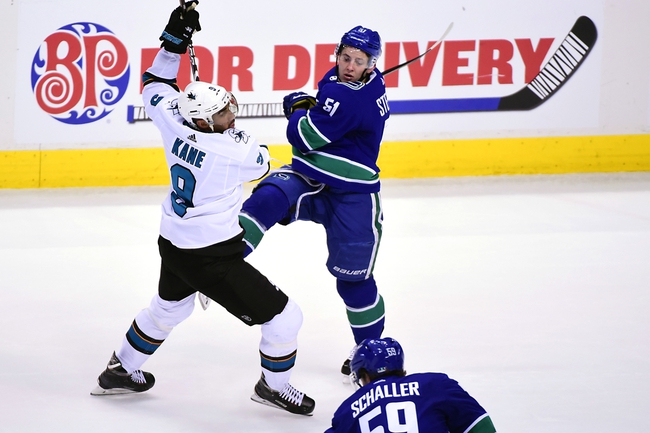 Where to Watch: NSCA, CBC Stream live sports and exclusive originals on ESPN+. Sign up now!

The Vancouver Canucks and San Jose Sharks meet Saturday in NHL action at the SAP Center.

The San Jose Sharks have won eight of the last 10 meetings against the Canucks, but that's about the only reason to like them in this spot. The Sharks are a complete mess right now with a defense that gets blasted more times than not and an offense that lacks creativity or explosiveness. The Vancouver Canucks enter this game on fire and will run away with this game if that offense continues to pace it's been on out of the gate. I'll take the Canucks for a rare victory over the Sharks.