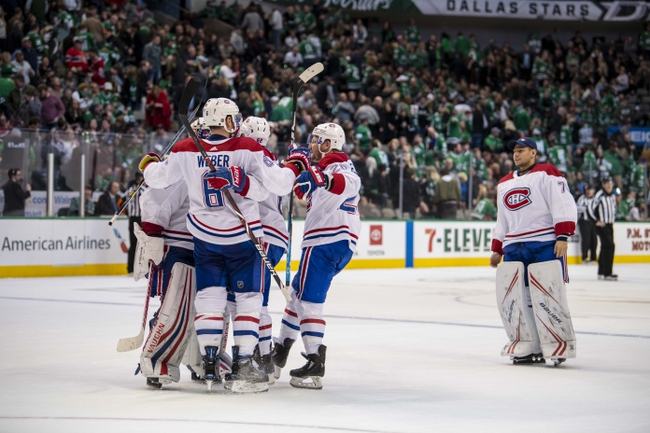 Where to watch: FSSW, CBC Stream live sports and exclusive originals on ESPN+. Sign up now!

The Montreal Canadiens and Dallas Stars meet Saturday in NHL action at the American Airlines Center.

The Montreal Canadiens have won five of the last seven meetings against the Stars and enter this game with a rest advantage. However, the Dallas Stars are finally getting back on track defensively and the wins are starting to pile up. While the offense is still a concern, you have to like what you've seen from these Stars over the last week and I'm not sure they're a team you should be stepping in front of at the moment. I'll lay the cheap price with the home team.