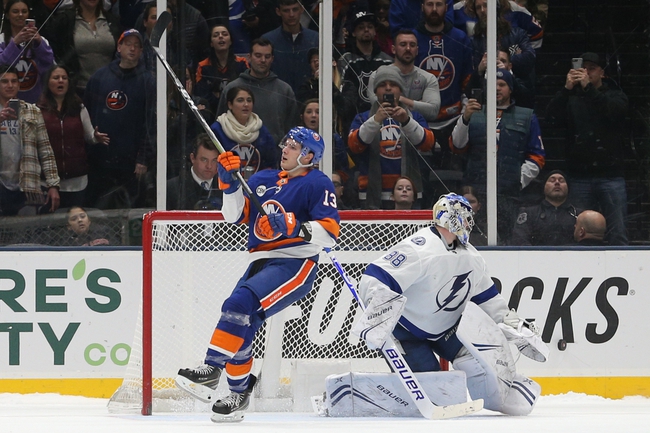 Where to Watch: MSG+, SunS Stream live sports and exclusive originals on ESPN+. Sign up now!

The Tampa Bay Lightning have won eight of the last 10 meetings against the Islanders and it's only a matter of time before they put together one of those lengthy winning stretches where everything clicks. However, we're getting plus money with a New York Islanders team that's won seven straight and is at home. The Islanders have been impressive defensively during this stretch and the offense has scored 13 goals in their last three games. It's hard to turn down this price with the red hot team.