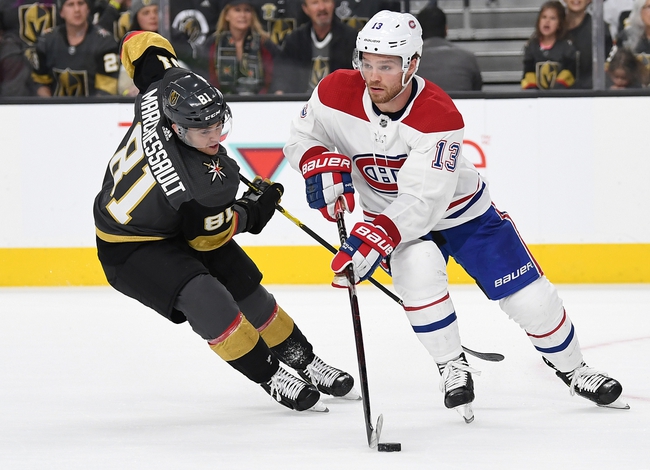 Where to watch: TSN2, ATRM Stream live sports and exclusive originals on ESPN+. Sign up now!

The Montreal Canadiens and Vegas Golden Knights meet Thursday in NHL action at the T-Mobile Arena.

The Montreal Canadiens have actually won three of the four meetings against Vegas and their defense has been much improved over the last week. However, the Vegas Golden Knights are one of those teams I usually blindly back on their home ice and it's paid off more times than not. Vegas is also playing some of the hottest hockey over the last two weeks and the the goaltending has improved during that stretch. With the Montreal Canadiens on the end of a back to back, I'll side with the Golden Knights on their home ice.