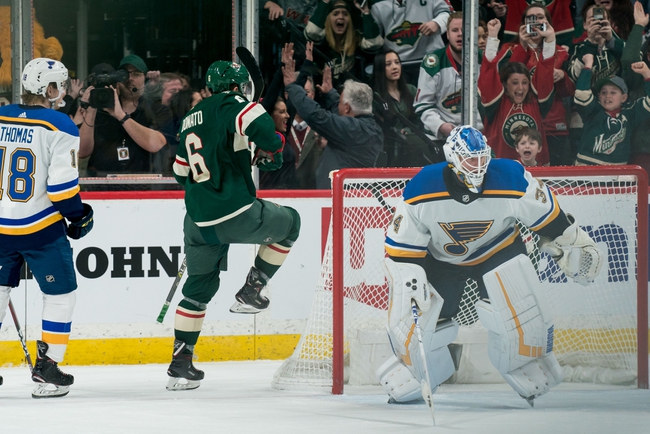 The Minnesota Wild and St. Louis Blues meet Wednesday in NHL action at the Enterprise Center.

The Minnesota Wild have won six of the last seven meetings against the Blues, but they're on the end of a back to back and just got torched defensively, which has been a bit of an issue in nearly all of their games up to this point. The St. Louis Blues are well rested and have played their best hockey of the season over the last week. The price isn't ideal, but this is a game the Blues should take care of business on their home ice.