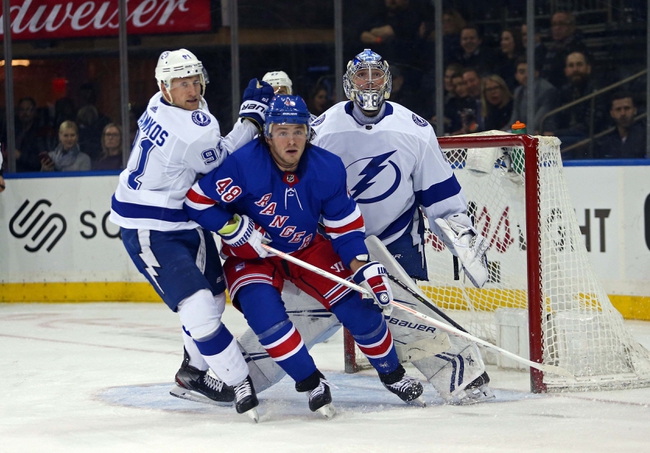 The New York Rangers look to pull off the upset as a sizeable home ice dog as they welcome the Tampa Bay Lightning to Madison Square Garden on Tuesday night.

The Bolts continue their revenge tour after being ousted in historic fashion last season at the hands of the Columbus Blue Jackets and while they have had varying results through their first stretch of games they are still considered one of the league’s elite and are the favorite to win the Cup this season. Tampa Bay boasts one of the deepest lineups in the NHL and have game breakers at all three levels which is something very few teams can say and that accounts partially for why they are a big road favorite here against a Rangers side who did not have a great season last year. Tampa is a staggering 52-10 in their last 62 games when they are favored between the -151 and -200 range which is exactly where they find themselves here but usually that number comes when they are on home ice and isn’t the best habit to get into if you’re looking to build your bank roll.

The Rangers meanwhile have not done well in a position as the underdog as they are 17-38 in their last 52 games and with a modest 3-7 mark in their last 10 games against the Atlantic division there isn’t a ton of reason to back them here. New York did make a splash when they acquired Artemi Panarin in the offseason and with the draft of Kappo Kakko they were expected to make a splash right away, but with the former still getting his feet wet in a new city and the latter just struggling with the speed of the NHL the Blue Shirts have had a tough start to the season.