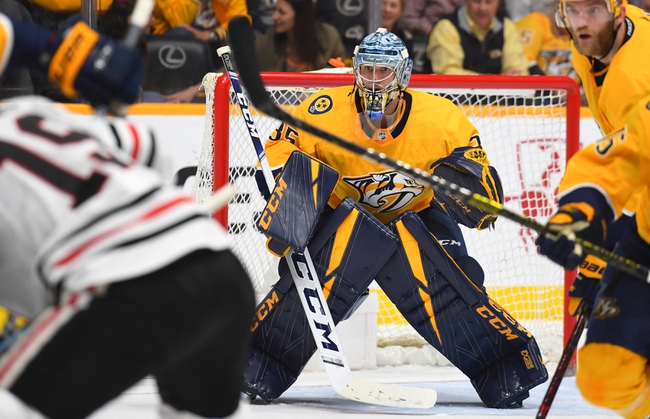 The Chicago Blackhawks look for their first road win of the season as they take on the Central division rivals in the Nashville Predators on Tuesday night.

The Blackhawks have stumbled out of the gate so far this season and are looking like a repeat of last year when they fell well short of the playoffs in the Western Conference as it looks like their championship window has firmly closed. Chicago still has a handful of pieces from their championship tenure as both Patrick Kane and Jonathan Toews anchoring their forward group with the former still among the league’s best but overall they simply don’t have enough support to be among the league’s elite. Chicago is winless in their last 4 games away from home and are 1-5 in their last 6 games as a road favorite and while the line on this one still isn’t out I think it is safe to assume the Hawks will be a sizeable dog against a Predators team who has a very deep roster and are looking like a threat to win the Cup.

The Predators come into Tuesday night’s show down with the Hawks with a 4-1 mark in their last 5 home games and have had their way against Chicago over the last couple of seasons as these two sides have shifted in the landscape of the Central division. Nashville acquired Matt Duchene to help bolster their offense and with a blue line group that is still among the league’s best and a goaltender in Pekka Rinne who is as consistent as they come the Preds are certainly in the mix for a division title and should be considered among a handful of teams considered as a threat to win the Cup. The Preds are 5-0 in their last 5 Tuesday games while the Hawks are just 2-8 in their last 10 overall and while the line won’t be kind it might be best to lose some juice with a regulation or puck line play.