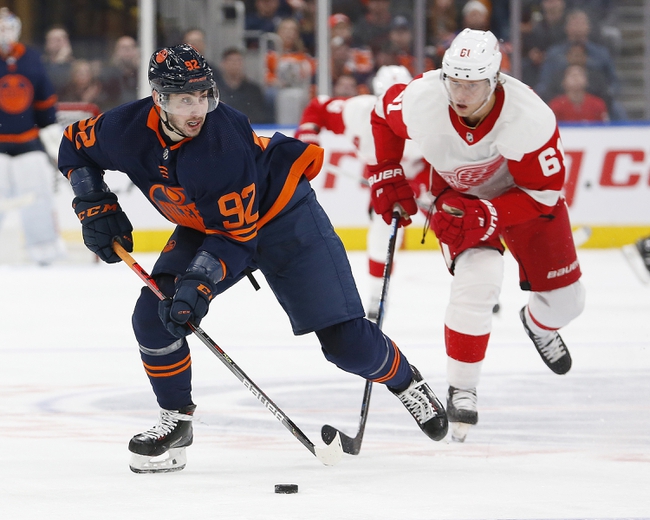 Where to watch: FSDT, R360 Stream live sports and exclusive originals on ESPN+. Sign up now!

We're getting a cheap price to fade a team that's lost eight straight games. The Detroit Red Wings did look decent in their last effort when pushing the St. Louis Blues to the brink, but losses are losses in this business, and the Red Wings have done nothing but lose. The Edmonton Oilers have also won six of the last nine meetings against the Red Wings. I have no choice but to side with the Oilers.