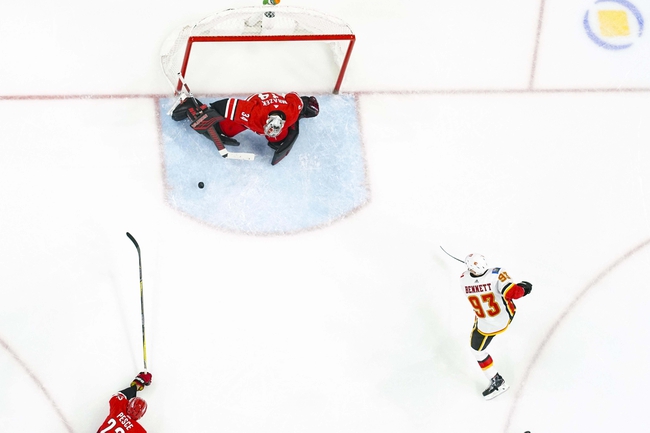 Where to Watch: FSCR, RSNF Stream live sports and exclusive originals on ESPN+. Sign up now!

The Calgary Flames and Carolina Hurricanes meet Tuesday in NHL action at the PNC Arena.

The Calgary Flames have won five of the last seven meetings against the Carolina Hurricanes, and they enter this contest playing better hockey overall. The Carolina Hurricanes have hit a bit of a rough patch over the last week or so with a defense that's fallen off just a tad, so while they've been money at home, there's going to be some value with the Flames on the road here, especially when you factor in the history. Give me the Flames for the upset victory.