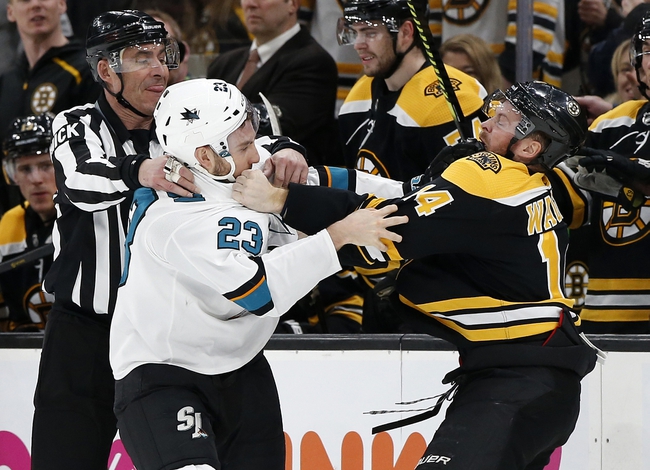 Where to Watch: NESN, NSCA Stream live sports and exclusive originals on ESPN+. Sign up now!

The San Jose Sharks and Boston Bruins meet Tuesday in NHL action at the TD Garden.

The Boston Bruins have won each of the last six meetings against the San Jose Sharks, and seven of the last 10 meetings overall. The Sharks are still having issues putting together consistent offense and that's not an issue that's going to be fixed against this Bruins defense. The Boston Bruins are rolling right now and have been money dating back to last season on their home ice. I'll lay the price, even if it's a bit steep.