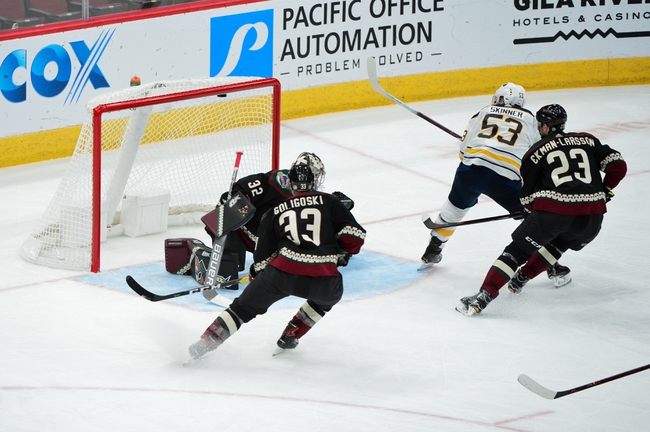 Where to watch: FSAZ+, MSGB Stream live sports and exclusive originals on ESPN+. Sign up now!

The Arizona Coyotes and Buffalo Sabres meet Monday in NHL action at the KeyBank Center.

Both of these teams are playing some impressive hockey out of the gate, but it's the Buffalo Sabres who have shown more balance during their winning stretch with an aggressive offense and a defense that has been more than respectable. The Buffalo Sabres have also won seven of the last nine meetings against Arizona Coyotes, including the last two meetings by a combined score of 6-1. You can't go wrong with the Buffalo Sabres and the cheap price at home in a battle between two of the biggest surprises up to this point.