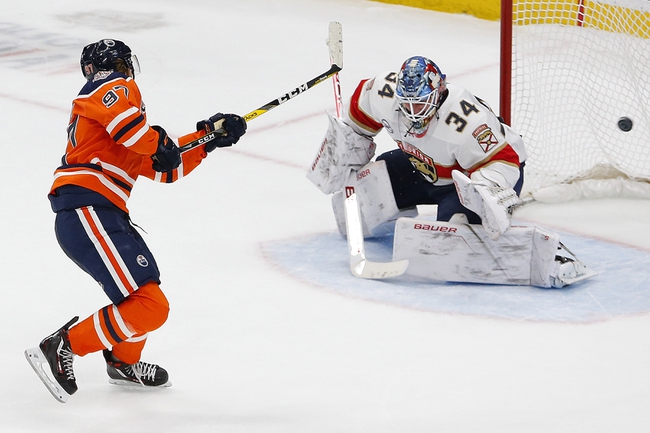 Where to Watch: RSNW, FSFL Stream live sports and exclusive originals on ESPN+. Sign up now!

The Florida Panthers and Edmonton Oilers meet Sunday in NHL action at the Rogers Place.

Four of the last six meetings between the Florida Panthers and Edmonton Oilers have produced at least seven goals. The over has been a very strong trend for the Florida Panthers dating back to last season and will continue to be with both of their goalies having issues getting stops. The Edmonton Oilers have the firepower offensively to expose those areas of concern and there's a good chance we see another high scoring game between these two teams. Give me the over in this contest.