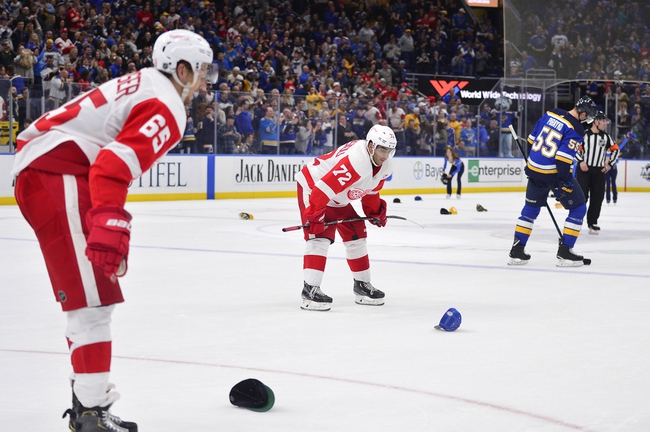 Where to Watch: FSDT, FSMW Stream live sports and exclusive originals on ESPN+. Sign up now!

There's honestly no reason to get behind the Detroit Red Wings given their seven-game losing streak and a defense that can't get out of their own way. The Blues have also won five of the last seven meetings against the Red Wings. However, the St. Louis Blues just played last night in Boston, so this is an extremely quick turnaround for the road team with travel, an absolutely horrible spot schedule wise. If there was a spot for the Red Wings to get a feel good victory, it would probably be here at home given the rest advantage. I'll plug my nose and back the Red Wings.