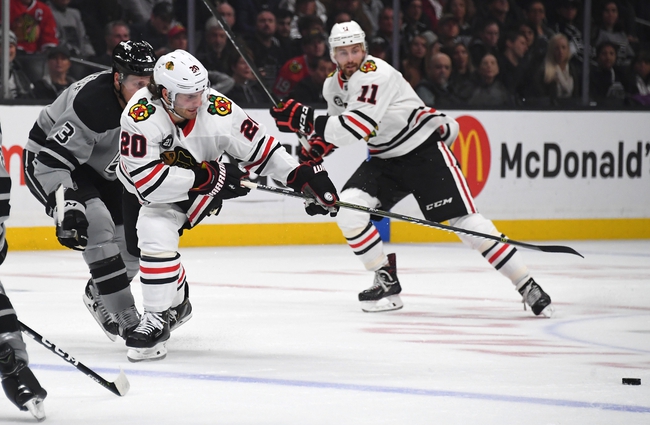 Where to Watch: NSCH, FSW Stream live sports and exclusive originals on ESPN+. Sign up now!

The Los Angeles Kings and Chicago Blackhawks meet Sunday in NHL action at the United Center.

I'm the type to lay juice or chalk with a team riding a losing streak, but the Chicago Blackhawks are at home and that can often be key with both clubs on the end of a back to back. The Los Angeles Kings also aren't playing very good hockey in their own right, so just taking the plus money just because doesn't make sense either. The Chicago Blackhawks have home ice advantage and are an experienced, prideful team that should be eager to get this nasty taste out of their mouth. I'll side with the Blackhawks, even if there's better options on the card.