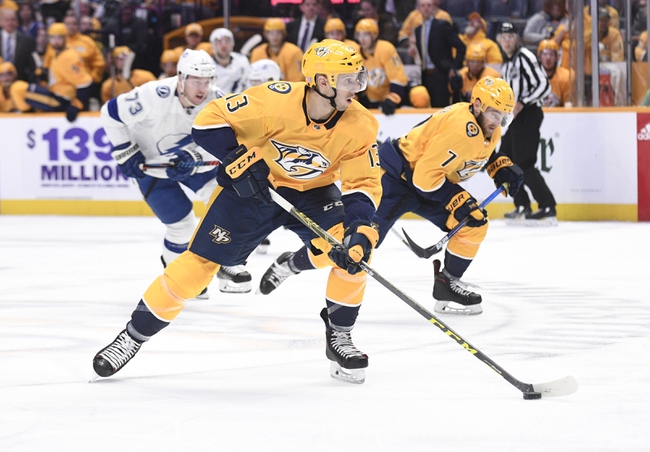 The Nashville Predators look for their 7th victory of the season as they take to the road to match up against the Tampa Bay Lightning on Saturday.

The Preds head into Tampa Bay to face off against the Lightning in a matchup that could very well be a preview of the Stanley Cup final if preseason expectations have any bearing in determining the champions of each conference. Nashville acquired Matt Duchene in the offseason and as such provided an extra boost to an offense that has been longing for another top end point producer and if he can be the go to guy alongside Filip Forsberg the Preds could very well return to the Cup final this season and finally get an elusive championship. Nashville did lose PK Subban who was traded to the New Jersey Devils but they still have a very deep blue line and a goaltender in Pekka Rinne who is as consistent as they come and is among the league’s elite.

The Lightning meanwhile suffered one of the biggest playoff upsets in league history last year when they were swept by the Columbus Blue Jackets in the opening round after winning the President’s Trophy and expectations this season were tapered a little bit. The Bolts though haven’t seen any ill effect from their playoff shortcoming as they are right back in the mix as one of the league’s top teams and are only down in the standings thanks to a shortage of games played so far. Tampa is stacked at both ends of the rink and match up well with almost any team in the league but they are getting a ton of love here against a very good Preds side which does match up well with the Bolts.

The road team is 4-1 in the last 5 meetings between these teams and the Preds have hit the under in 5 of their last 7 while the Lightning are expected to come in as a sizeable favorite in this spot. Nashville is a good team and should be worth a look here especially early in the season and that is where we will side.