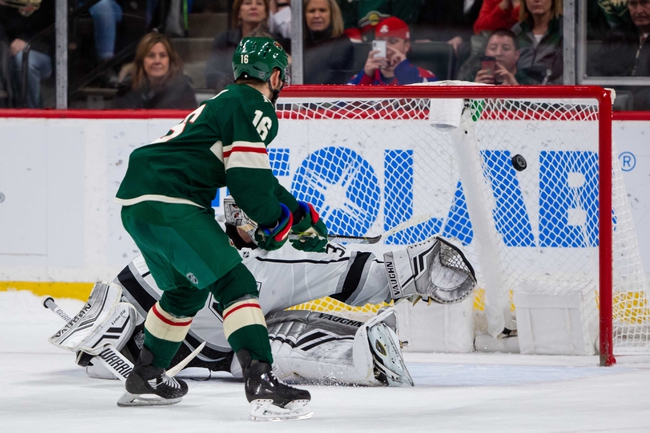 Where to watch: FSW, FSN Stream live sports and exclusive originals on ESPN+. Sign up now!

The Minnesota Wild have won each of the last three meetings against the Kings and six of the last 10 meetings overall. The Los Angeles Kings continue to be very sloppy on the defensive end and that usually doesn't translate to success on the road. The problem is the Wild have been hit or miss as well defensively and the lack of consistent offense makes them equally hard to trust. With two teams that can let the puck find the back of the net quite often, I'll lean toward the over in this game instead of playing a side.