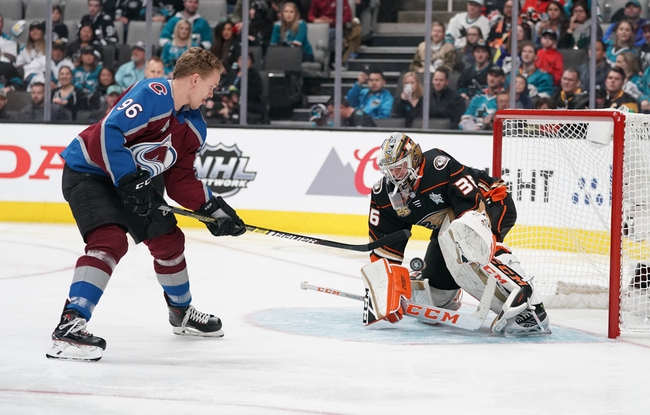 Where to watch: KCOP, Alti Stream live sports and exclusive originals on ESPN+. Sign up now!

The Anaheim Ducks and Colorado Avalanche meet Saturday in NHL action at the Pepsi Center.

The Anaheim Ducks have won seven of the last 10 meetings against the Colorado Avalanche, and they're catching the rest advantage in this contest. However, I'm not trying to step in front of the Colorado Avalanche in their current form, as they have everything working for them at both ends and remain one of the most impressive offensive teams up to this point. The Colorado Avalanche have also dominated in the home favorite role dating back to last season. I'm riding on the Avalanche hype train until the tickets stop cashing.