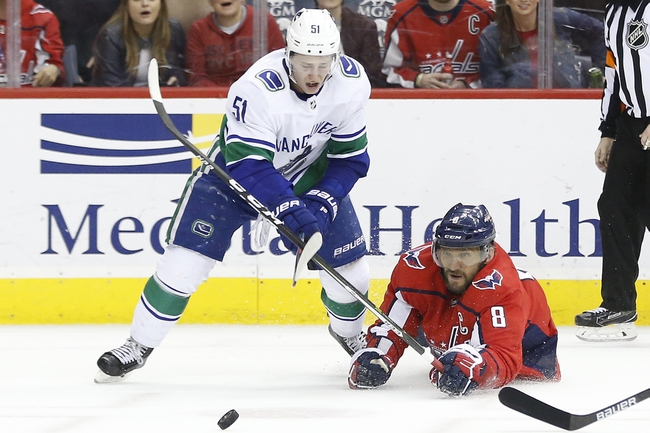 Where to watch: NSW+, RSN1 Stream live sports and exclusive originals on ESPN+. Sign up now!

The Washington Capitals and Vancouver Canucks meet Friday in NHL action at the Rogers Arena.

The Washington Capitals have won seven of the last eight meetings against the Vancouver Canucks, not losing to them since October of 2017. With that said, we're getting the cheaper price with the more rested and hotter team at home in the Vancouver Canucks. With wins in six of their last seven tries, the Canucks have one of the better defenses in the league at the moment and actually have yet to allow more than three goals this season. I'll take the cheaper price with the home team over the Capitals who are on the end of a back to back, something they haven't handled well lately.