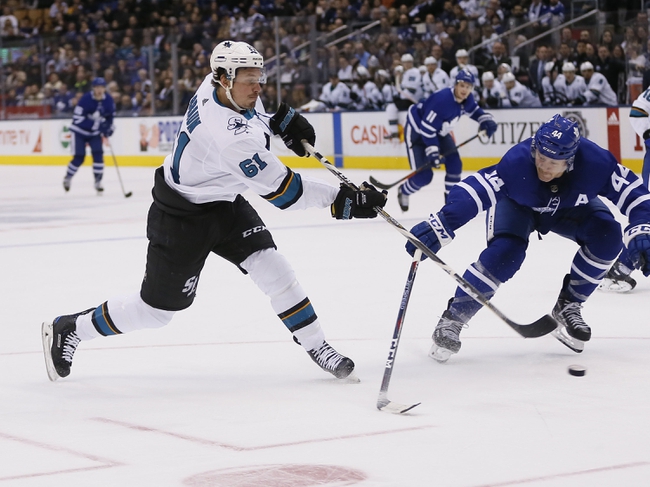 Where to watch: NSCA, RSN1 Stream live sports and exclusive originals on ESPN+. Sign up now!

After being dominated by the Sharks in the past, the Toronto Maple Leafs have won the last three meetings against them and have outscored them 13-8 during that span. The San Jose Sharks are probably playing better hockey over the last week or so, but they're on the end of a back to back and it's likely only a matter of time before the Maple Leafs get back on track. The Toronto Maple Leafs are too talented and explosive of a team to stay down for much longer. I'll lay the price with the home team.