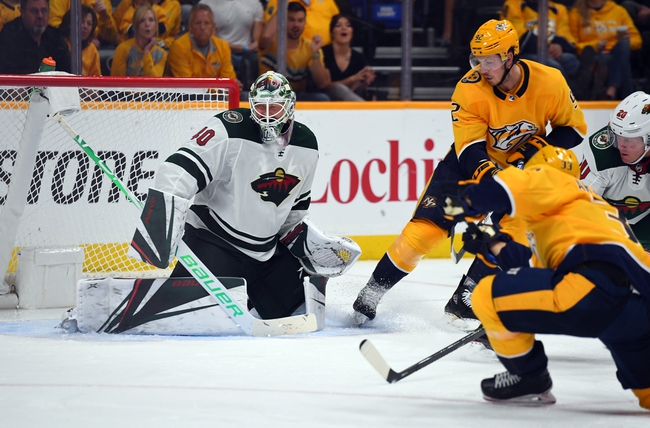 Where to watch: FSN, FSTN Stream live sports and exclusive originals on ESPN+. Sign up now!

The Minnesota Wild and Nashville Predators meet Thursday in NHL action at the Bridgestone Arena.

The Nashville Predators have won each of the last six meetings against the Minnesota Wild, which includes a 5-2 victory opening night. The Minnesota Wild have been absolutely useless in the underdog role dating back to last season and their offense simply hasn't been good enough to trust on the road against good teams. This is a game the Nashville Predators should run away with, continuing their dominance over the Wild, a team they haven't lost to since March of 28.