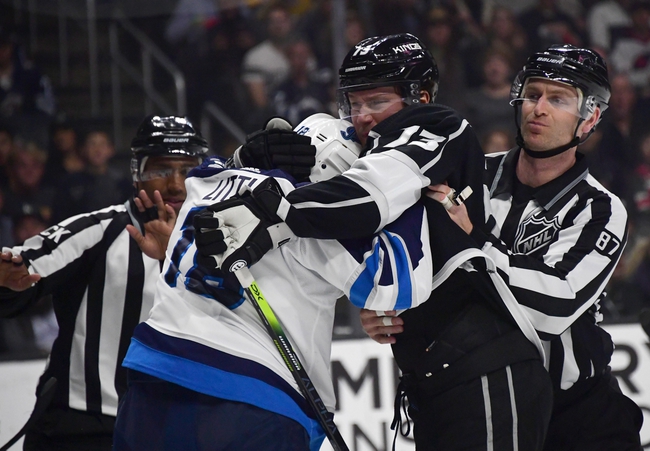 The Los Angeles look to continue their recent success against the Central division as they head into Winnipeg to face off against the Jets on Tuesday night.

The Kings are coming off a fight fuelled affair with the Calgary Flames and will look to get back in the win column with an inspired effort on the road against a Jets side who has been average so far this season and is still looking for some of their top guys to elevate their play. Los Angeles is a team in transition as they have an aging roster and are a far cry from the team that went on multiple Stanley Cup runs in the 2010’s and their place among the league’s elite is gone. Los Angeles is undefeated in their last 4 games against the Central division but are just 17-35 in their last 52 road games which doesn’t bode well for them here against a Jets side who holds one of the best home ice crowds in the NHL.

The Jets have struggled to find consistency over the last couple of seasons as they can’t seem to find a way to string together multiple victories in a row and they are just 3-8 in their last 11 contests dating back to last season after a win. Winnipeg has a star studded roster but they have dealt with some early season injuries and are feeling the impact of losing Dustin Byfuglien who is still undecided on whether he will rejoin the team this season. The Jets are 2-6 in their last 8 games as a favorite and they will need to be sharp here against a Kings team who will be out to prove they are going to be a tough out this season. The Kings don’t have a ton of offensive depth and won’t be able to exploit Winnipeg’s paper thin blue line in this spot as the Jets skate to a win.