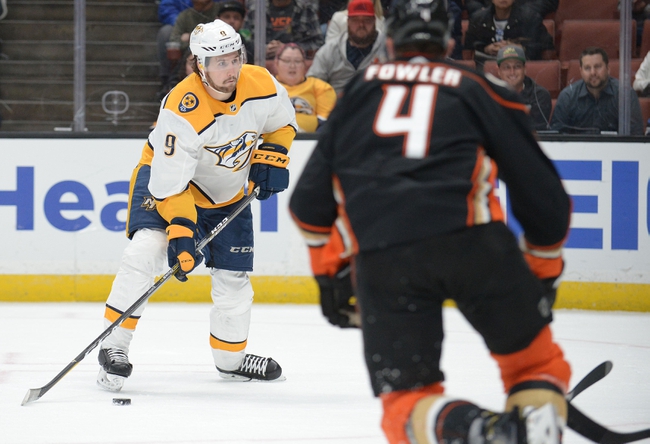 Where to Watch: PRIT, FSTN Stream live sports and exclusive originals on ESPN+. Sign up now!

The Anaheim Ducks and Nashville Predators meet Tuesday in NHL action at the Bridgestone Arena.

The Anaheim Ducks have been so stingy defensively that I'm looking to take a lot of under with them until this streak cools off. The Ducks aren't allowing much of anything from their opponents, easily the best defensive team up to this point and are piling up the unders this season. Six of the last 10 games between the Predators and Ducks have produced five or less goals. The Nashville Predators have the offensive firepower to spoil this bet, but I'll stay true to the Ducks defense and side with the under in another low scoring game between these two clubs.